Joe Biden is poised to ride out the stock market plunge with nearly $2 million in cash and some mutual fund trades, financial disclosures reveal

By Geoff Earle, Deputy US Political Editor for Dailymail.com

President Joe Biden has been able to ride out the recent stock market crash, with much of his wealth still stored in bank accounts, White House financial disclosure forms reveal.

The White House released the information Friday afternoon as Biden prepared to leave town for the weekend on Friday.

Just like last year, Biden stashed funds from his long political career in traditional bank accounts, but with little interest in showing it.

He disclosed holdings only within wide ranges, as required, but has between $700,000 and $1.8 million in six bank accounts, allowing many of the funds to be federally insured.

But the S&P 500 index is down 16% year-to-date, despite posting gains on Friday. 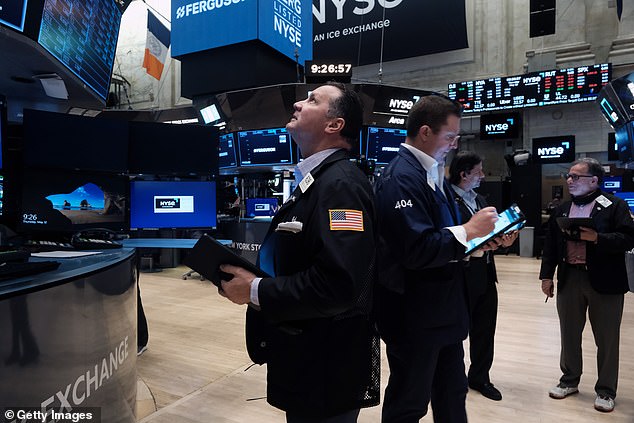 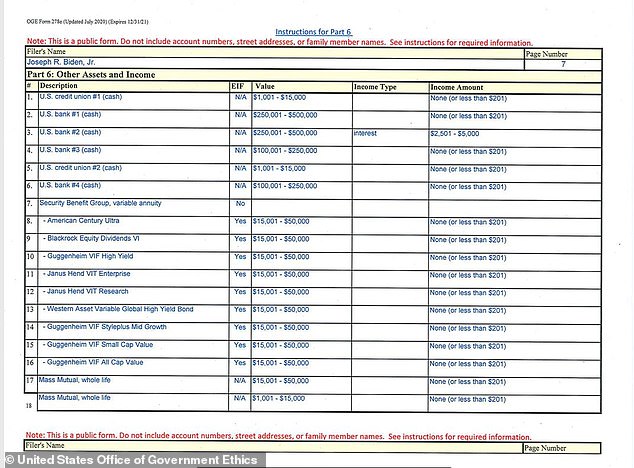 Biden hid much of his savings in bank accounts

The president or his financial advisers have engaged in certain transactions, with 5 sales and 8 purchases, all executed on May 24, 2021.

Biden, 79, regularly talks about how he was the poorest person in the Senate, where he served for 36 years, an institution that has since become a club of millionaires.

His salary increased when he became vice president in 2009.